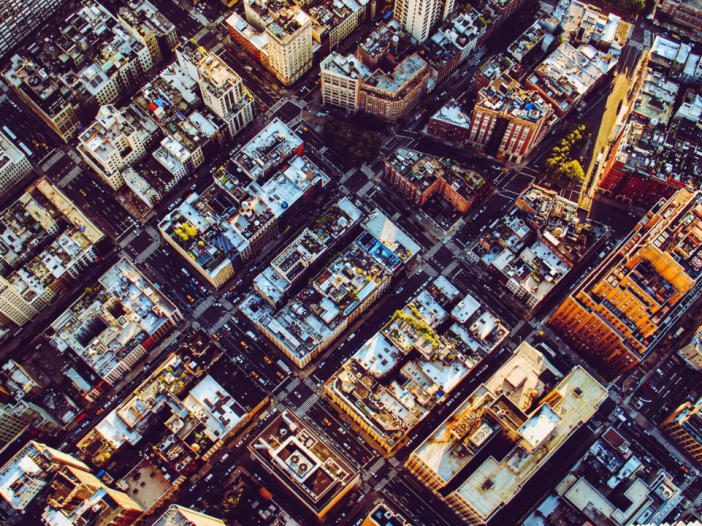 Manhattan apartment listings can be jam-packed with niche terms and phrases describing the building and floor-plans: pre-war, post-war, condo, co-op, classic 6 7 & 8 apartments, junior one & four etc. But what exactly do these terms mean?

The classic 6 apartment is a layout found in pre-war buildings. It consists of 6 main rooms: the living room, the kitchen, the formal dining room, 2 full-sized bedrooms, and a smaller bedroom (usually off of the kitchen) known as the maid’s quarters.

A junior one apartment is a studio with an additional area that can be separated from the rest of the main living space, commonly used as a bedroom. They are typically smaller than a one-bedroom apartment, and larger than a by-the-book studio apartment.

So, what are classic 7 & 8 apartments? What is a junior four? What other characteristics are common with these sought after apartments? Read on to find out more about them and see examples of each layout!

Classic 6, 7, and 8 Apartments: What’s The Difference?

If you’re in the market for a classic 6 apartment, you’re going to want to start your search in the Upper East or Upper West Side. Most of the established pre-war co-op buildings in these neighborhoods will have apartments with this style of layout, which was popular at the time of construction. While it’s true that some new construction apartment buildings have modeled their layouts after the classic 6, the most authentic are in pre-war/historic buildings.

Classic 6s are desirable because of the layout AND the timeless finishes which you are more likely to find in a pre-war building. High ceilings, beautiful entrance galleries, hardwood floors, solid wood doors, intricate moldings on the lath and plaster walls, sensibly proportioned rooms, and if you’re lucky, even functional wood burning fireplaces or personal outdoor space.

Pre-war apartments are typically some of the quietest apartments in New York City, as well. So if you’re looking for an oasis from the city’s constant thrum, a classic 6 may be the perfect choice for you. Read our post about the noise levels in pre-war apartments to find out why!

What About the Classic 7 and 8?

Just like the classic 6, classic 7s and 8s can be found in pre-war buildings primarily located on the Upper East and West Sides. Both the classic 7 and 8 consist of the same set of rooms as the classic 6: Kitchen, formal dining room, living room, two full bedrooms, and the maid’s quarters.

The difference between classic 6 7 & 8 apartments lies in the number of bedrooms. The classic 7 takes those 6 rooms and adds one more full sized bedroom to the floor-plan. The classic 8 has those 7 rooms as well as one more small bedroom that would have been a second maid’s quarters at the time of construction.

While pre-war classic 6, 7, and 8s are always in high demand, they are not without their faults. Many pre-war buildings don’t have centralized air conditioning, nor the plumbing infrastructure to accommodate in-unit laundry. Also, the modular style of the layout can sometimes limit the amount of natural light in the apartment.

That being said, it’s quite common for buyers of classic layout apartments to renovate and open up some of the closed off common spaces in the process. Especially the wall between shared rooms like the living and dining. It’s very easy to find examples of renovated classic 6s that retain the charm and character of the prewar apartment with the open concept living most contemporary Manhattanites prefer.

What Is The Typical Layout Of A Junior One Apartment?

Typically, the main room of the unit includes a kitchen, dining area, and living area, and the partitioned space serves as a private bedroom. In a junior one apartment, you will almost always only find one full bathroom.

What Are The Pros And Cons Of Junior One Apartments?

Junior one apartments, generally speaking, have a higher market value than by-the-book studio apartments, but are more affordable than standard one-bedroom apartments. They also will generally have lower monthly maintenance fees than any property classified as a one-bedroom unit.

Many people who live in junior one apartments opt to use the space as a traditional studio, while having a separate space dedicated for a home office. The addition of a separate, private space allows residents more flexibility than you’d find in a typical studio apartment.

Overall, a junior one apartment is perfect for someone who wants the feel of a one-bedroom apartment for the price of a studio apartment.

When it comes to selling a junior one apartment, it can be tricky to decide whether or not to list the property as a true junior one, or as a one-bedroom, depending on the size. In some cases, listing as a junior one can be beneficial, and in other times, it can hurt the sale.

For that reason (and many others), it’s always best to work with an experienced and knowledgeable broker when you’re planning on buying or selling in New York City. Their expertise can ensure you get the best price possible for your property in the current market.

What Is A Junior Four?

A junior one & junior four have a lot in common. A junior four apartment is essentially a one bedroom apartment with an additional area that can be separated from the main living space. They also typically have only one bathroom. In a junior four, you’ll find a kitchen, living and dining area, bedroom, and the additional fourth room.

When you see a property listed as a junior four apartment, rather than a two bedroom apartment, that additional area likely does not meet the legal standards to be called a second bedroom. However, these spaces are often big enough to be used as a dining area or home office.

What Is The Typical Layout Of A Junior Four Apartment?

Lots of factors can influence the layout of a junior four apartment, including the neighborhood the building is in and the year it was built.

What Are The Pros And Cons Of Junior Four Apartments?

When it comes to listing your junior four apartment, make sure you’re working with a great real estate agent. They’ll help you to highlight the great features of your space, and make sure you get the best price possible for your property in the current market.

What Are Some Other Property Types Used In NYC Real Estate Terminology?

Now that you know all the differences between common New York City apartment floorplans, it’s time to get out there and find the Manhattan apartment of your dreams!

With so much specific NYC real estate terminology involved, it can be confusing and frustrating to search for properties in the Manhattan real estate market on your own.

Working with an experienced and knowledgeable real estate professional can help make the process easier and ensure you get the best property, and the best price.

Feel free to reach out if the Gasdaska Conlon Team can help you in your search or answer any questions you may have.