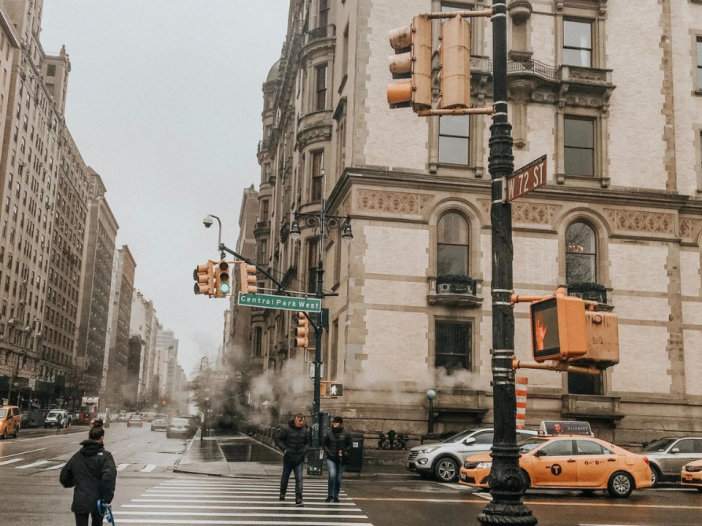 New York City’s diverse and dynamic nature can be a double edged sword. We are surrounded by businesses, restaurants, and neighborhoods of all shapes and sizes, but there’s no doubt – New York City and its 8.85 million residents are LOUD. So, how do you find a quiet apartment in New York City?

In general, pre-war apartments tend to be quieter than their post-war or new construction counterparts. Before WWII, thicker walls, thicker floors, and wood doors were standard building practices. These go a long way towards reducing noise transfer from one unit to the next.

While this newfound knowledge can help you narrow down your Manhattan apartment search a bit, our New York City real estate expertise has taught us a number of tricks to find a peaceful home in the city that never sleeps. In the rest of this post, we’ll share those tips with you and drill down on what makes pre-war apartments so desirable when it comes to a quiet apartment in New York City.

To be crystal clear, the “war” in pre-war is WWII. In other words, ‘pre-war’ refers to the construction in the era between 1890ish and 1942. At the time, labor was inexpensive and plentiful, which contributed to the rapid growth that NYC saw in that time period.

Resources were in abundance, so it was standard to have thick masonry exterior walls and lath and plaster interior walls. Poured concrete floors were the norm, as were solid wood doors throughout these buildings. Elevator shafts were typically faced in thick masonry as well.

When the United States joined WWII, construction materials were diverted to military efforts and many laborers joined the fight. This meant that builders had to make do with what resources and workers they had. Walls and floors became thinner as corners were cut to successfully house people with the restrictions the war effort placed on civilians.

By the time the war ended and soldiers returned home, building practices had shifted permanently. In other words, we entered the era of post-war construction. And the era of buildings without a quiet apartment in New York City.

In the 1990s, pretty much all the boroughs underwent significant neighborhood revitalization thanks to efforts by the city and local government. Much like pre-war times, the city saw significant changes in a small period of time. We now refer to this era as ‘new construction’, a term that is typically applied to apartments built in 1990 or later.

What Makes a Pre-War Building Quieter?

Lath and plaster walls are responsible for a great deal of the soundproofing in pre-war apartments. And while it’s not commonplace anymore, lath and plaster was about as common in the pre-war era as drywall/sheetrock is today.

Lath and plaster walls are built by tacking 1×4” laths (narrow wooden boards) to the wall studs horizontally. Two rough layers of lime or gypsum plaster are applied over the laths to fill any gaps between the boards and create a smooth wall surface. Last, a smooth white plaster finish is applied, creating a wall surface that averages ⅝-¾” thick.

In contrast, modern drywall is typically only ½” thick, and it is directly tacked to the studs, rather than being backed by wooden laths. Drywall is much more porous and light compared to plaster, which is very dense.

These differences mean that modern construction walls without soundproofing interventions are much more likely to let noise bleed through than lath and plaster walls, making lath and plaster the obvious choice for a quiet apartment in New York City.

Pre-war floors were usually made by pouring a thick concrete slab, usually about 7” thick before the subfloor and wood flooring were added. Meanwhile, modern concrete and steel slabs can be as thin as 3”.

The floors are not only concrete, but they also encase solid steel beams which further strengthen the floors and dampen sound. In other words, the construction practices of pre-war floors make them inherently good at dissipating sound.

Before WWII, interior and exterior doors were commonly made of solid wood, which is quite good at dampening sound. In the post-war construction period however, hollow core wooden doors and later fiberglass or aluminum doors became popular. So modern apartments aren’t the best choice for a quiet apartment in New York City.

If you want to experience the difference between solid wood and hollow core doors yourself, check your front door – it’s much more likely to be solid wood than any other door in your home. Compare the sound that travels through a solid wood door against your interior doors and you’ll clearly notice that the thicker the door, the more sound isolation there is.

Pre-war apartment buildings also relied on extremely thick masonry on exterior walls to regulate temperature and prevent moisture from getting inside, which had the unexpected benefit of also reducing street noise.

Just like interior walls, concrete floors, and doors, the post-war construction era lacked the materials and labor needed to build the massive stone walls found in the pre-war era, so exterior walls became thinner and more permeable to sound over time.

Here are our tips for finding a lovely, quiet apartment in New York City:

While it may seem impossible to find yourself the soundproof apartment of your dreams, with our tricks and the insider knowledge of what type of apartment building to prioritize in your search, you’ll be sleeping easy in your new home before you know it.

If you buy on a high floor at the rear of a pre-war building in a mostly residential or office building filled neighborhood, you’ll likely be set to enjoy a relatively quiet existence in the city for years to come.

The members of the Gasdaska Conlon Team know that purchasing an apartment in New York City can be a daunting task. The Manhattan Real Estate Market moves fast and can be difficult to predict. Please, don’t hesitate to reach out if you or anyone in your household has any questions about the process, or if you are in the market to buy or sell an apartment but don’t know who to work with. We love to help where we can.

Check out our available listings here!