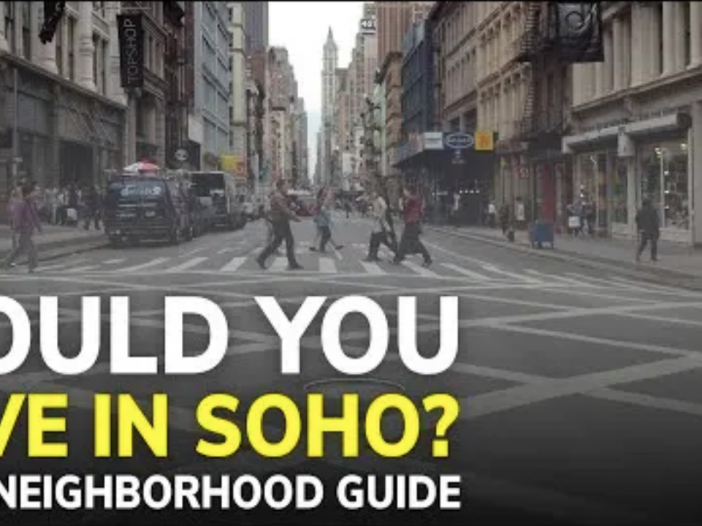 What we know as Soho today was originally farmland, like most of Manhattan. Over the years, it became a center for textile warehouses and factories, and then slowly morphed into the artistic, fashionable, expensive neighborhood that it is today. Almost all of Soho is included in the 26-block SoHo-Cast Iron Historic District, which was designated by the NYC Landmarks Preservation Commission in 1973 and extended in 2010. It was also listed on the National Register of Historic Places and declared a National Historic Landmark in 1978.

Much of Soho’s real estate features massive windows, beautiful facades, and tall ceilings. The neighborhood has been home to many artists, and the AIR (Artists in Residence) buildings still exist, though they are pretty uncommon these days. A lot of development happened in the area in the last 15 or so years, and there have been several notable conversions.

Soho sits between Sixth Avenue and Broadway, north of Canal and south of Houston – hence it’s name. It is surrounded by a few different neighborhoods, including:

Soho is mostly known for its famous cast-iron buildings, though there are a few notable other kinds of buildings in the area. Some co-ops have ground floor units, and the co-op owns the commerical space, which means owners pay no maintenance fees. As you’d expect, though, these buildings are few and far between.

Overall, there is a good bit of quirkiness in the apartments and buildings in Soho because of the regulations on the historic buildings.